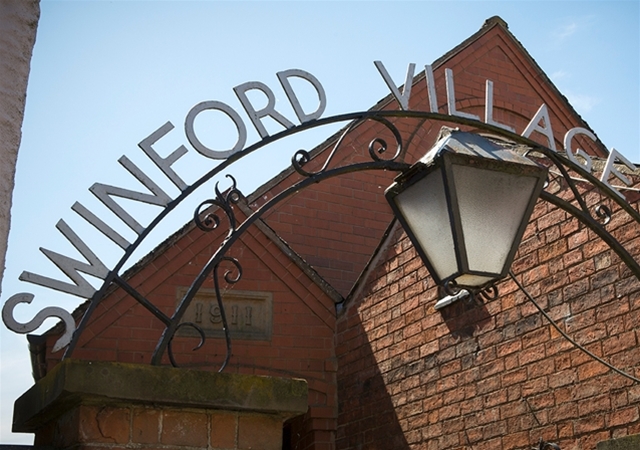 Swinford Village Hall has always been there – or so it must seem to all the village residents. All Swinford-born residents arrived after the Hall was built in 1905 for the Oddfellows. As can be imagined, it has seen several changes since then.

Parts of what we now recognise as “our Village Hall” have at various times been a builder’s yard, a blacksmith’s forge/smithy and a builder’s workshop.

The transformation was started in the late 1950s, by a number of residents who recognised that the village did not have its own meeting place. Being public-spirited, they decided to do something about it. Records are scarce, but with the help of the Parish Council and public subscription, efforts were put in hand. This led to the Oddfellows Hall being acquired on behalf of the village, on 18th March 1958. The Conveyance of that date transferred ownership to three villagers who had been the prime movers.

On 26th February 1960 a Charity Commission Order vested Swinford Village Hall in The Official Trustee of Charity Lands, and the formal registration of the hall as a charity was dated 4 March 1963. The Schedule of Title Deeds and Documents, tracked the changes of ownership from 8th May 1885 to 26th February 1960.

In the late 1960s a block of 4 garages was purchased and erected in the carpark for rent to villagers. This was followed in 1973 by a further block of 3 garages, for the same purpose. Most of the carpark remained available for use by visitors and hirers of the Hall. Theses garages lasted until 2019 when the decision was made to demolished them.

During its life as the Village Hall it has had a variety of uses. Over time it has hosted:

During the mid 1980s several small improvement works were conducted simultaneously. These included: removing an internal wall separating the kitchen from a small rear room, to create a “club room”; altering a  urinal and WC from external access to internal access via the club, as well as providing disabled facilities; creation of a store room for tables, chairs etc, built as a small extension accessed from the club room.

In 1996/7 a new vestibule was built, providing full indoor connection between the main hall and the small hall, plus upgraded toilet facilities and a new entrance with better lighting. This provided mezzanine storage and a lighting gallery, and re-used the period semi-circular window from the original gable wall. This was largely driven by residents doing much of the planning, preparation and oversight.

2011 saw the external store at the West end of the building incorporated into the kitchen floor space, and the kitchen equipment replaced with modern facilities.

UPVC windows and doors were installed between 2012 and 2015, and in 2018 the heaters were renewed in the main and small halls.